George Pralus and Bruno Goussault independently developed sous vide, then later teamed up to refine the technique. When Goussault came up with the technique in 1971, he had already been working with vacuum sealing as a way to cook food.

He and his wife were looking for a way to cook meat more tenderly.

In 1974, Pralus  was doing research to find out if the texture of foie gras was the problem or the method of cooking it.

He noticed that wrapping foie gras in plastic prevented it from shrinking as it cooked, and this led to his famous study, which proved that the fat on foie gras did not cause shrinkage when cooked low and slow.

Sous vide is a style of cooking that marries low, slow cooking techniques with precision control of temperature and time.

It’s a method that allows you to get incredible results at home or in your restaurant kitchen.

In the world of food and restaurant trends, it’s hard to miss sous vide (pronounced “soo-vee”). This is one of the hottest culinary techniques around right now.

If you’re not familiar with sous vide cooking, let’s just say that it’s a process of preparing and cooking foods in sealed bags or jars using a vacuum sealer.

It’s a method for evenly cooking meats, vegetables, fish, and other foods in a way that mimics slow-cooking in a low-temperature oven.

But the beauty of this method is that it requires very little prep work. The only thing you have to do is prepare and cook your food inside its bag or jar in the water bath.

How did the sous vide come into existence? Who developed it? Why is it popular today? What are the advantages and disadvantages of using the sous vide?

Sous vide is a cooking method in which food is cooked and vacuum-sealed in plastic bags, then cooked in a water bath heated to the exact temperature specified by the recipe.

The key advantage of this method is that the food retains its flavor and nutrients much better than when cooked conventionally, and can be done quickly with little preparation.

In addition to the benefits mentioned above, sous vide has some interesting history.

According to the Food Network, Sous Vide was first popularized by chefs in the late 1980s and early 1990s.

While chefs were the first to use this method, home cooks have also been using it for many years.

In the mid-1960s, American and French engineers used pressure under heat to preserve food. They noticed the food had a good flavor and texture.

They were able to create heat-stable vacuum patches as well.

Georges Pralus, a French chef, adopted it further in 1974. He worked for the Troisgros Restaurant in Roanne, France.

He found out that when foie gras was cooked this way, it retained its original appearance, did not lose any fat, and had a better texture.

Bruno Goussault, who is known as the “Father of Sous Vide”, is also credited with Pralus. The two worked together to pioneer the industry, as he independently developed this cooking method as well.

Nowadays, the modern-day Sous Vide machine is found in every household kitchen in the world.

Today, sous vide machines are used to cook a variety of dishes from steak to duck breast, from vegetables to fruit.

Sous vide is also being used to make all sorts of sauces, like hollandaise and béarnaise. The technology has been adopted by many restaurants to achieve perfect results.

The advantages of sous vide cooking are numerous. Because the food is cooked at such a consistent temperature, food is never over-cooked or under-cooked.

This ensures that it’s always tender and juicy, which is important to many people. It also helps food retain nutrients better, which is a plus when you want your food to taste as fresh as possible.

Sous vide cooking is also perfect for creating foods that are more flavorful and have a richer, deeper flavor than most of the foods you cook in other methods.

But there are drawbacks to sous vide cooking too. Most notably, it’s not the most convenient way to cook. You have to be in a position where you can set up a temperature-controlled water bath.

This means that you have to plan and make sure you’re around to do the cooking. That said, sous vide cooking isn’t just for fancy restaurants and those with a lot of time on their hands.

So you want to use sous vide. And you are excited about the idea of cooking foods to perfection but aren’t quite sure how to get started.

Here are some tips to help you decide if this is the right way to cook for you.

This process involves immersing foods in a temperature-controlled water bath to slow down the natural processes of cooking.

It also allows food to retain its texture for a longer time than other cooking methods. So it is safe to use.

How are sous vide results better?

Food doesn’t have to be seasoned or prepared before being vacuum sealed. The time and temperature can be changed as necessary and foods can be cooked in a single container from start to finish.

Can You Sous Vide Frozen Food?

Sure! The reason why we don’t normally do this is that sous vide machine is pretty expensive, but that doesn’t mean you can’t do it yourself.

You can even make a small one with a slow cooker and a pot.

Cooking steak sous vide is a great way to get the most out of your steak—and your time. If you don’t know what that means, then it’s time to find out. Sous vide steak may be left in sous vide for up to 72 hours. Steak tastes best after about 48 hours of cooking; however,… 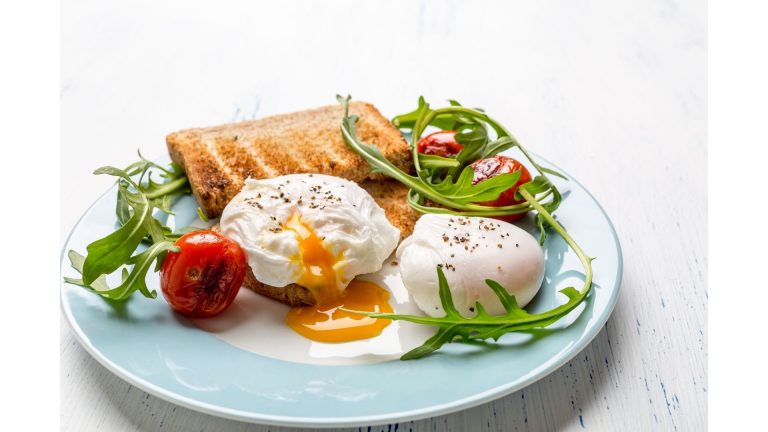 Raw egg yolk or raw egg whites are vital for creating the texture and richness of some dishes that are cooked lightly or not cooked. The creamy richness of aioli, Caesar salad dressing, homemade mayonnaise, and hollandaise sauce are all created by the raw egg. It also creates award-winning froth on cocktails, but raw egg… 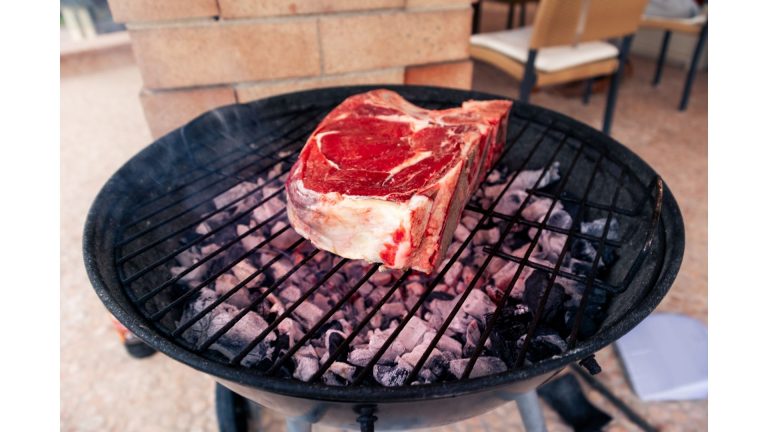 Grilling is a culinary tradition that’s as old as time itself. From prehistoric man to the present day, the popularity of this method of cooking has never waned. A grill is a great way to add flavor to an everyday meal, whether it be steaks or burgers. But what about those times when you want… 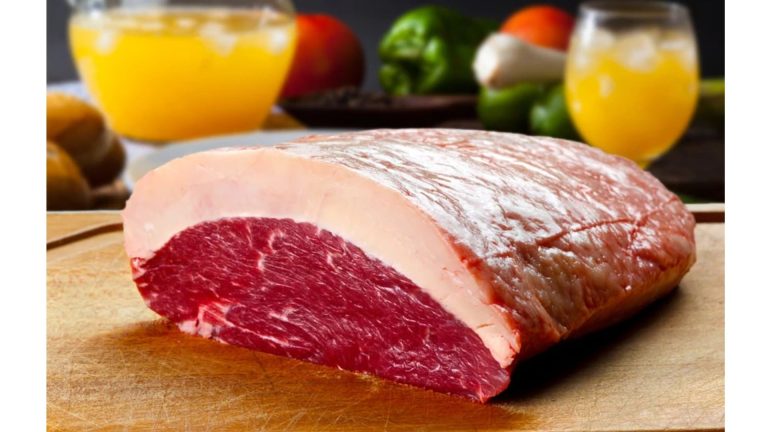 These sous vide picanha are very easy to make and tender and juicy. You will love the fact that you can cook your steak to the exact level of doneness with the sous-vide, giving you perfect picanha every time. The picanha is one of the most popular cuts of beef in Brazil and it comes… 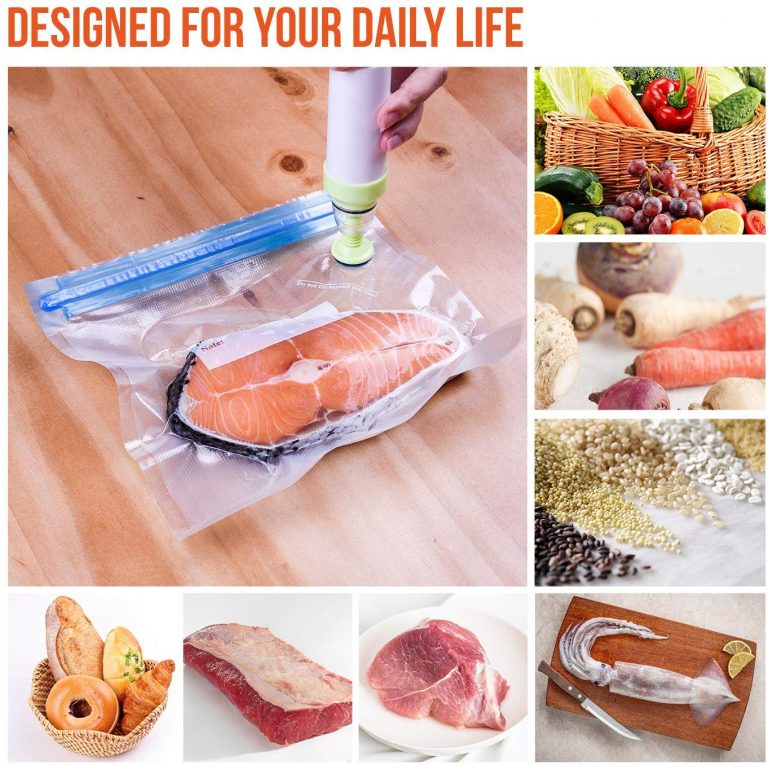 There are various best Ziploc bags for sous vide but let’s begin by understanding the origin of sous vide. Sous vide is characterized by low-temperature cooking, a longer period of cooking than conventional cooking. A container such as a plastic or Ziploc bag separates the food from its heating environment and pressurizes the enclosure using… 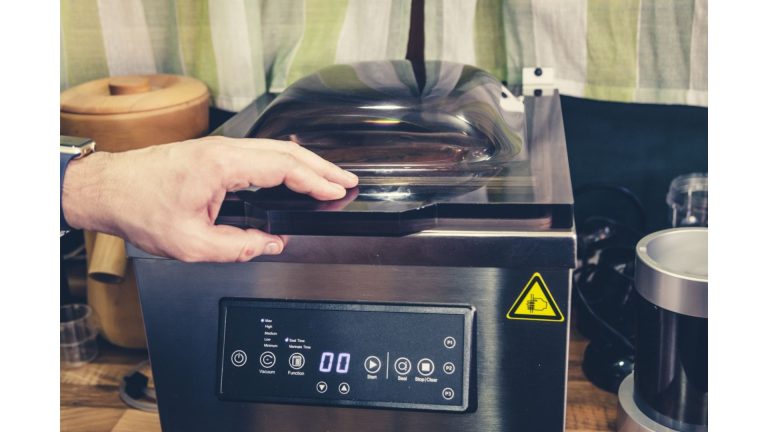 A sous vide water oven is a device that heats food in water and is capable of reaching up to 185 degrees Farenheit (85 degrees C) and holding the temperature constant. Sous vide water ovens are commonly used by home cooks who wish to create perfectly cooked foods such as meat, fish, and vegetables, even…